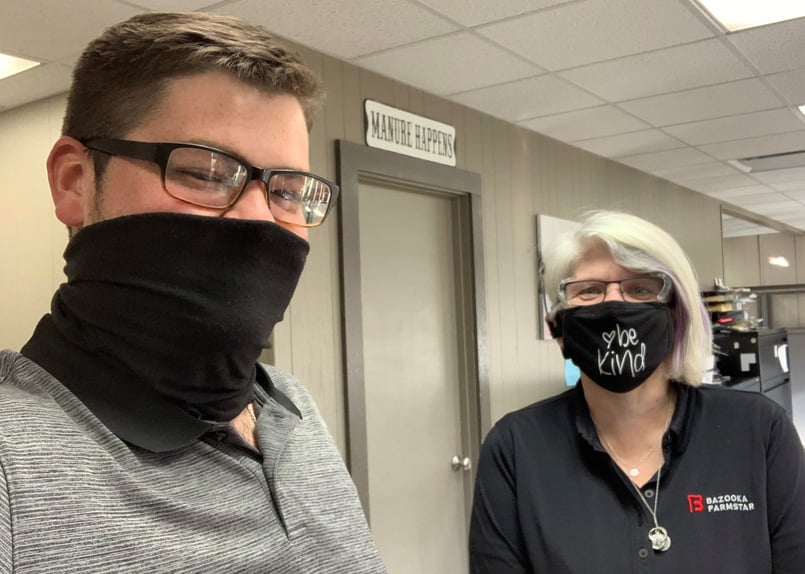 After years of working at a trucking company and dealing with accident claims, Linda Quigley had, had enough. She called that job quits and, for the last six years, has filled the administrative assistant position at Bazooka Farmstar.

Reliability is one characteristic she thrives on. She loves being the go-to person around the office. Whenever any of her co-workers needs anything, Linda is the person of contact to help. She likes to refer to herself as the 'Chaos Coordinator."

Although she serves as the backbone of the office, Linda has many other duties but adds that there are no regular days at Bazooka. She handles whatever is thrown her way. One thing that is guaranteed every day is that she is the welcoming face that is seen upon arrival and the friendly voice on the other end of your phone call.

The joking around the office is one driving factor as to why she enjoys Bazooka. The family-like atmosphere is another. Linda recalls one former co-worker who she deeply cared for that passed away. She said that he was like her brother and would never forget him. Bazooka created that special tie.

Linda had different ideas in mind as a kid as to what she wanted to be when she was older, though. The possibility of a teacher was in play until she learned she had a love for theatre following high school. She was not involved as a student but took up acting shortly after.

High school directors saw Linda perform once she was out of school and told her that they could not believe they did not see her talent. This did not result in a Hollywood lifestyle, but she has managed to find time over the years to take in views along the west coast. Half Moon Bay and the Golden Gate Bridge outside of San Francisco are two of her more memorable trips.

While her acting career never caught wind, she loves where she is and what she does. She also puts a spin on her role that all of the employees adore, that only a person with talent in theatre could pull off.  You may wonder what we mean by that, I guess you’ll have to come for a visit to find out.

Want to meet the others? Check out my other Selfie Stories w/ Luke!

Want to become a GAMECHANGER too?

Check out our open positions on our Careers page.