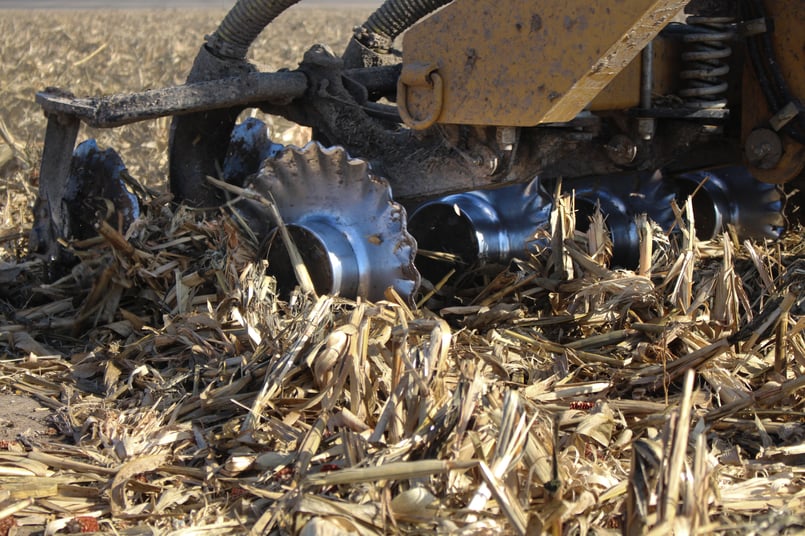 We've said it once, and we will say-it-again. Even when we think we've perfected the craft and we can't do any better, we focus on industry demands and continuous improvement initiatives. With this, we give you the Phantom Edge Series injection unit. 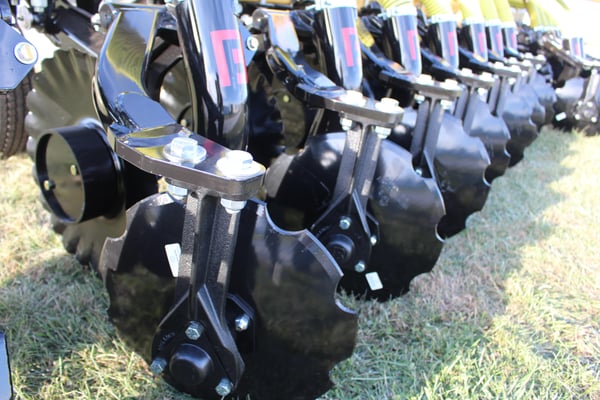 The latest rendition of our Phantom injection unit was designed with a high gallon per acre end-game in mind. In addition to accommodating high volumes of liquid manure, the Phantom Edge Series aims to provide end-users a solution that:

On the boat anchor note, here's a quick FYI: In most soil conditions, it is safe to assume that with a soil depth increase of 50%, the horsepower requirement needed to pull the applicator doubles. Here's a hypothetical to help explain this theory: If an applicator is injecting 5" deep and the soil type being applied on requires 8 HP per unit, applying 7-12" deep will require approximately 16 HP per unit, assuming the same tractor speed.

Before we get into the thick of things, let's take care of a couple more housekeeping items.

HIGH RATE SOLUTIONS IN THE MARKETPLACE

We weren't the first to the high rate party, and we certainly won't be the last. Here's a high-level overview of several of - the list could go on - the marketplace's high rate solutions for liquid manure application, and our take on where they win (perks) and where they fall short (pits). 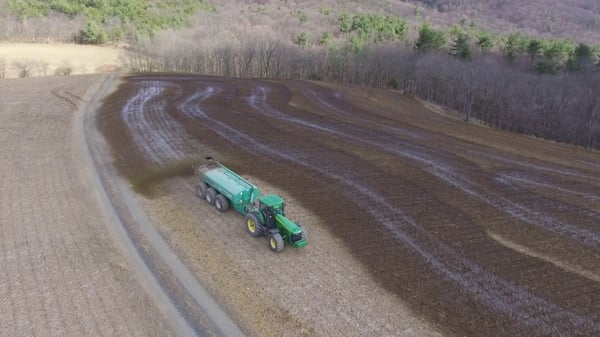 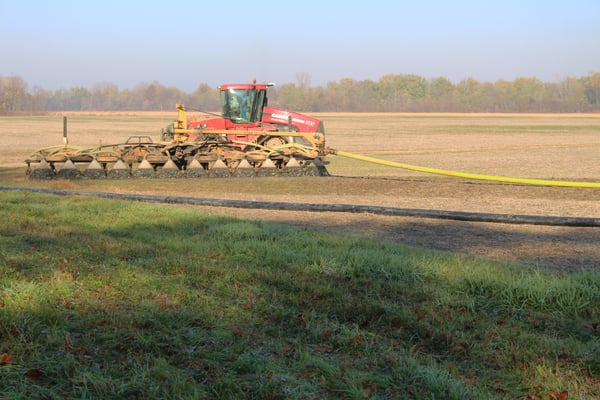 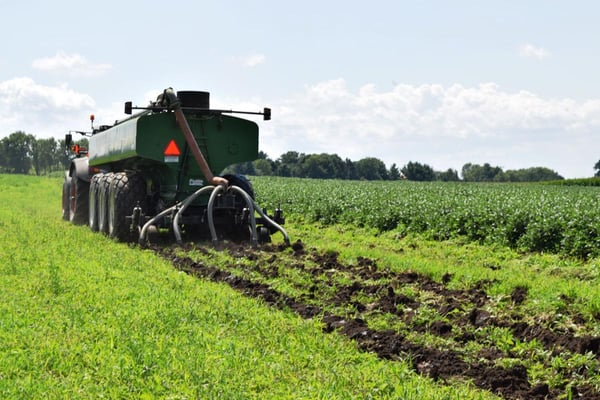 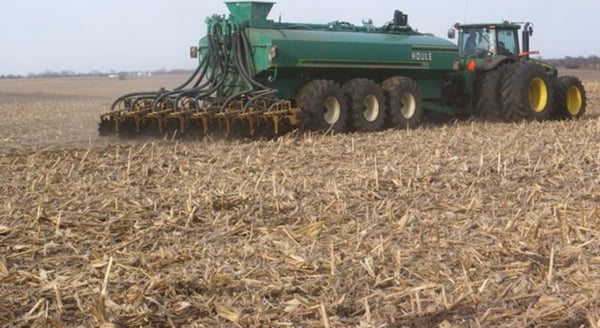 Phew. Now that we've got that covered...

We've already hinted at them, but let's talk about expectations of the Phantom Edge Series unit enhancement.

The Phantom Edge Series can successfully apply liquid manure in that 15,000 - 20,000 GPA range. We've made this possible to accommodate end-users with higher gallon per acre demands, especially those in dairy country, that also want to be mindful of the way the ground looks when they're finished. How do we define success exactly? Good question. 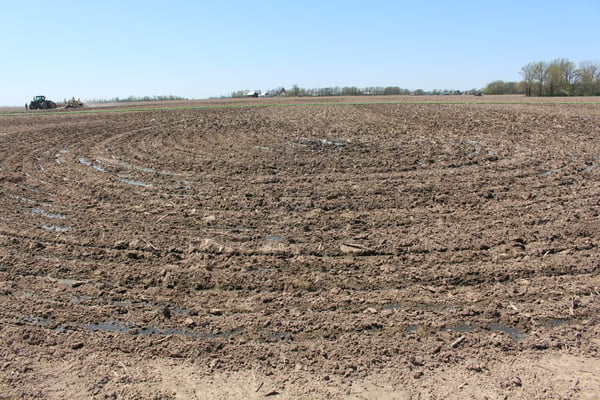 The image above shows the Phantom Edge Series' performance on an end row at 20,000 GPA on pre-tilled ground.

Fast-forward through 12 months of focused research and development and the team uncovered benefits this unit brings to the field outside of the high gallon per acre performance.

The blade combination on the latest version of Phantom are serrated, notched, and concave. Why does this matter? Another great question! The serrated main blade is more aggressive than the wavy blade of the original, which allows it to better penetrate and cut a deeper, more defined 'trench' in the soil. The concave, notched closure blade that follows closely behind on an adjusted and strengthened closure arm, 'grabs' the loose soil, and rolls it back over the trench as if a large volume of liquid had not just been applied to the ground. - Pro Tip: Watch your step.

See what we mean? 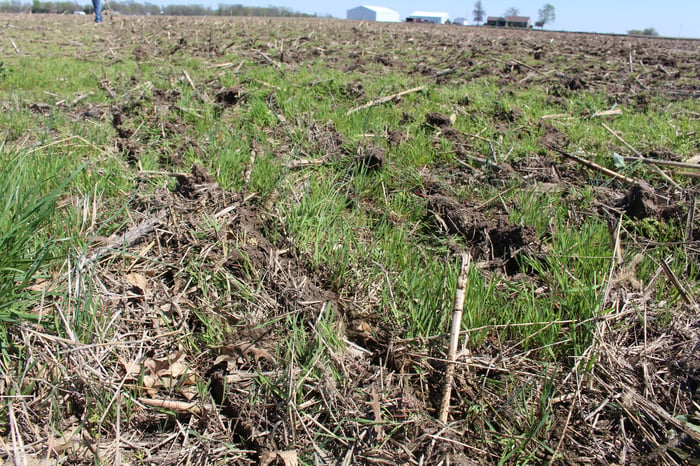 The image above shows the Phantom Edge Series' performance at 15,000 GPA.

Science. Math. Results. Testimonials. However you want to spin it, we're going to expand on the above statement regarding the penetration capability of the Phantom Edge.

In July of 2020, the crew put the Edge Series to the ultimate test (equipped on a Titan Series Toolbar) on hard silage ground. And when we say hard, we mean hard. The soil at this particular test site was considered to be in 'drought' condition, with a soil moisture rating of 9.7%. Essentially, these two factors translate to a "do not exceed" soil compaction reading. How do you think the Edge Series handled the situation? Keep scrolling to find out. 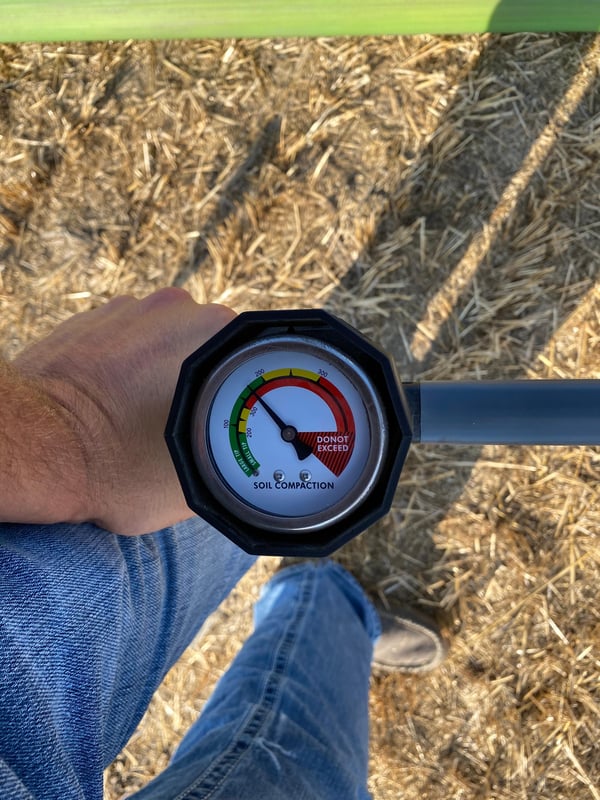 (Note the depth or lack thereof our crew could get the compaction reader into the ground.) 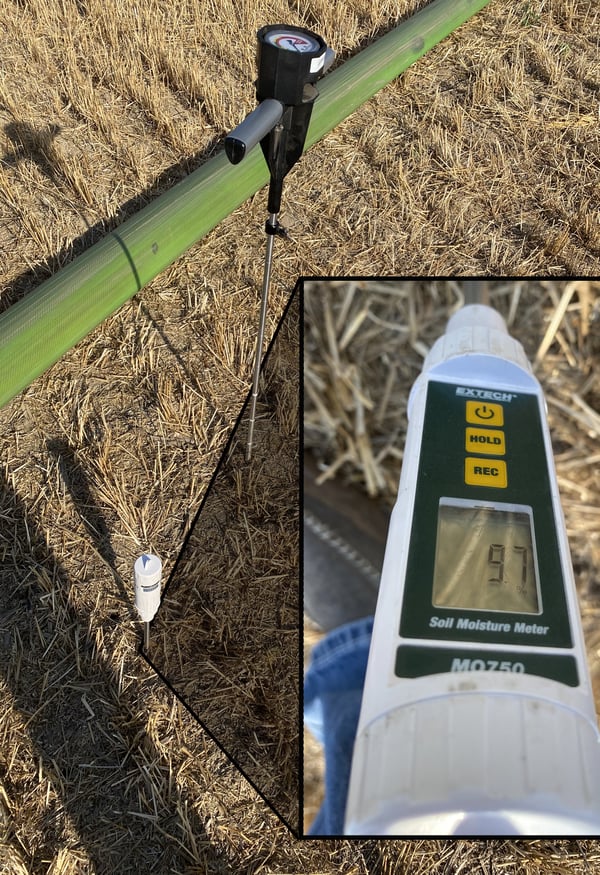 WHOOP, there it is! 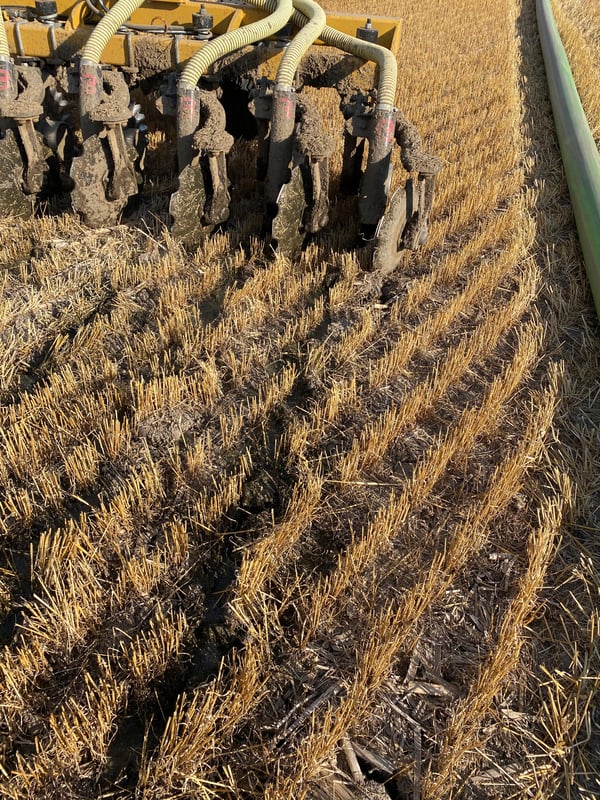 The Phantom Edge Series was hitting 12,000 GPA in the image above in extremely hard ground conditions.

Let's pause for a quick, 3-question interview with Mike Kampwerth, who owns and operates a dragline manure injection operation in Southern Illinois. Mike was one of the first end-users to run with our latest Phantom units.

Q: How did these units perform over the original Phantom units you've equipped your toolbars with in the past?
A: The Phantom Edge Units create a little more ground disturbance than the original Phantom units I've been running with for the last several years, but the trade-off for thorough coverage at a higher rate is worth it in my eyes. The Edge Series makes a larger, more open trench to hold more liquid than before.

Q: In general, what gallons per acre did you run with these units?
A: I've typically run 12-15K applications with this new unit. I work with a broad range of customer demands, so I've run GPA rates as low as 4,000 and as high as 25,000. Whether it was on the lower or higher end of the spectrum, I was satisfied with the job they were doing. I can run 20,000 GPA's and still get good coverage.

Q: Did the Edge Series meet your expectations of a high rate injection solution? If so, how?
A: Yes. As I've mentioned before, this unit allows me to apply at high and low rates using the same tool. The new concave blade design picks the ground up and rolls it back over the trench as opposed to just kicking up the dirt, which is a nice feature. I don't have to get a Dietrich bar out on a special occasion because the Phantom Edge Series unit does it all.

And there you have it, straight from the horse's (Kampwerth's) mouth.

Kampwerth is not the only end-user who has turned to Dietrich shanks for higher injection application rate demands. Another end-user we worked with throughout the testing phase owns and operates a tank injection business and reported comparable rates and results (with less disturbance) in frosted field conditions, along with less fuel consumption per hour using the Phantom Edge Series. #gamechanger 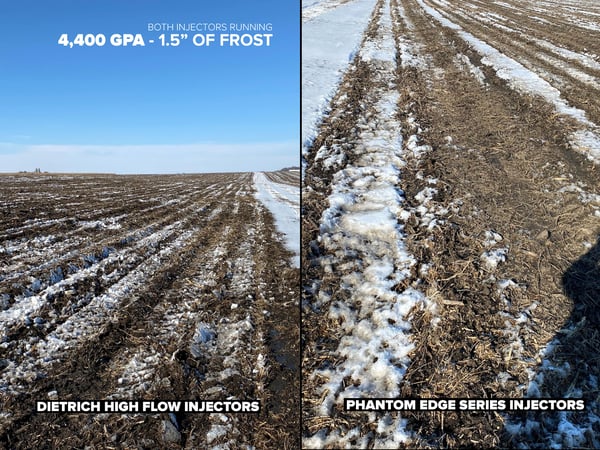 We will leave you with this. Every manure injection business is unique. The type of manure pumped, the type of ground applied on, the soil conditions at hand, customer expectations, application rules/regulations, etc. All of these variables (and more) play a role in determining which injection unit earns the title of 'best fit.' We've brought another high rate injection alternative to the table by revamping the reputable, Phantom injection unit.

Do you want the competitive edge? Contact us and we will inject a meeting with an Equipment Specialist or product demonstration into your schedule. (See what we did there?) Or if you're ready for the real deal, we can send you a quote.