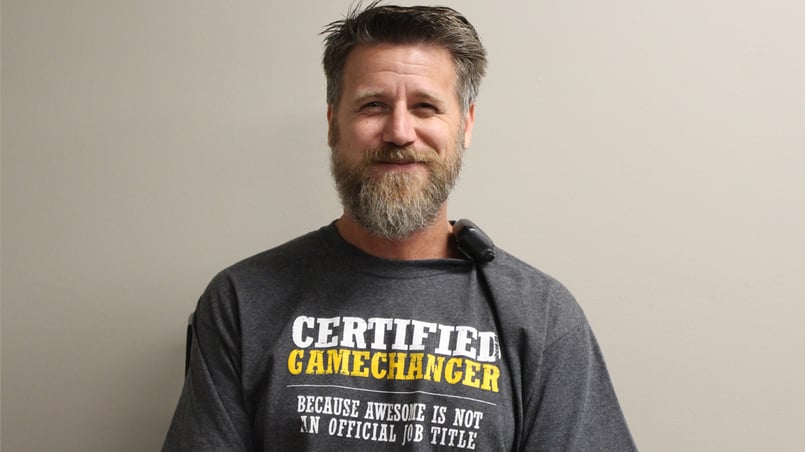 Andy Pence already knows what it means to be a BLEED BAZOOKA GAMECHANGER.

Not even one year into his career at Bazooka Farmstar and Andy Pence knows what it means to "Bleed Bazooka." And no, it is not literal. That would go against one of the other core values at Bazooka- Be Safe.

It was September of 2019 when Andy Pence joined the team as a Warehouse Coordinator and from day 1 he was already proving his GAMECHANGER status. At Bazooka's 110,000+ square foot manufacturing facility and warehouse, that is no small task. This is all thanks to a recruiting ad online that Andy caught one day and decided to apply. 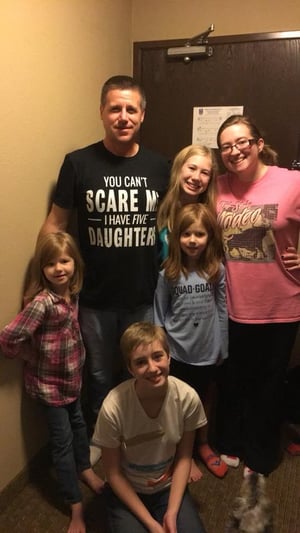 While Andy describes himself as crazy and unpredictable, his co-workers can't get enough of his passionate personality. He was honored and equally thrilled when the announcement came across that his colleagues voted him the Bleed Bazooka GAMECHANGER award. He believes it is because he is always engaged and pushing to solve issues.

The core traits & behaviors recently released by Bazooka in their new initiative to focus on company culture. It goes right into the heart of the GAMECHANGER Recognition Program and every nominator must identify them within their candidate. The behaviors that have been outlined are something Andy feels very strongly about.

"These core traits are important because it pushes you to make a better place for us and our customers. I stay at Bazooka because of that, the people and opportunity."

While you might find Andy out kayaking with his family or enjoying a big ol' pizza, he is also very fond of the Wounded Warrior Project. He feels it is very important to give back to those who served us all so selflessly. Which was why he dedicated his Bleed Bazooka GAMECHANGER donation to the not-for-profit.

For Andy, Bazooka is a place that meshes well with his personality and empowers him to bring it every day. He feels the main reasons to join the team are the commitment to excellence and persevering through challenges... That and everyone has a works hard, plays hard mentality. []

Check out our GAMECHANGER Recognition page for everyone's feature stories or our open positions on our Careers page.