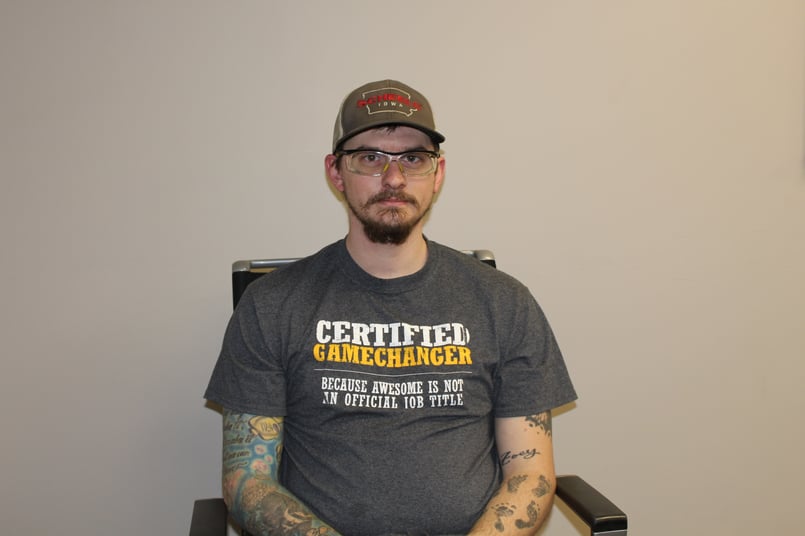 BIGGER THAN US Spotlight: Chip Kindred

Do You Know What BIGGER THAN US Means? GAMECHANGER, Chip Kindred Does.

A key to any successful business is multiple different parts working as one towards the same goal. The BIGGER THAN US value that Bazooka has pushes the employees to excellence each and every day. Chip Kindred has only been with the company for a year and a half, but he has demonstrated this value in that short window and it is paying off.

After being nominated by his co-workers, Chip has been selected as the BIGGER THAN US GAMECHANGER award. He spends his days working as a Production Lead in the plant dealing with many different challenges and unique situations.

If someone needs an extra hand, he is the guy. If someone has a question, he finds an answer. He does what needs to be done. No complaining here. The majority of the time, he isn’t thinking about this value - he just lives with this attitude.

“I see it as a stepping stone to help better myself and our team. It makes life easier for everyone when we all work towards the end goal.”

The interactions he has daily with his co-workers and the pace of his position are what drives him to work, but the company’s atmosphere is yet another reason he enjoys where he is at. Being seen as an actual person instead of just a worker ID number is something he appreciates about Bazooka.

Chip has always had a passion for working with his hands and working on machinery. Growing up as a kid, he wanted to work on motorcycles, and he followed that addiction all the way down to Orlando, Florida, where he went to school to learn to work on them. That transitioned to a job working on Harleys in Iowa City, but he was still looking for something more.

Now at Bazooka, he can officially say he is a GAMECHANGER. With this honor comes a donation to his not-for-profit organization of choice, and he has chosen Orchard Place in Fairfield. They help struggling children with mental health, offer juvenile justice services, and much more.

During his downtime, you can find him doing anything on the river. Whether it be fishing, enjoying the weather, or hanging out, you can’t keep him from it. Come the beginning of the workday, though, he is bringing his A-game to Bazooka and working with his team towards the common goal.

Check out our GAMECHANGER Recognition page for everyone’s feature stories or our open positions on our Careers page.