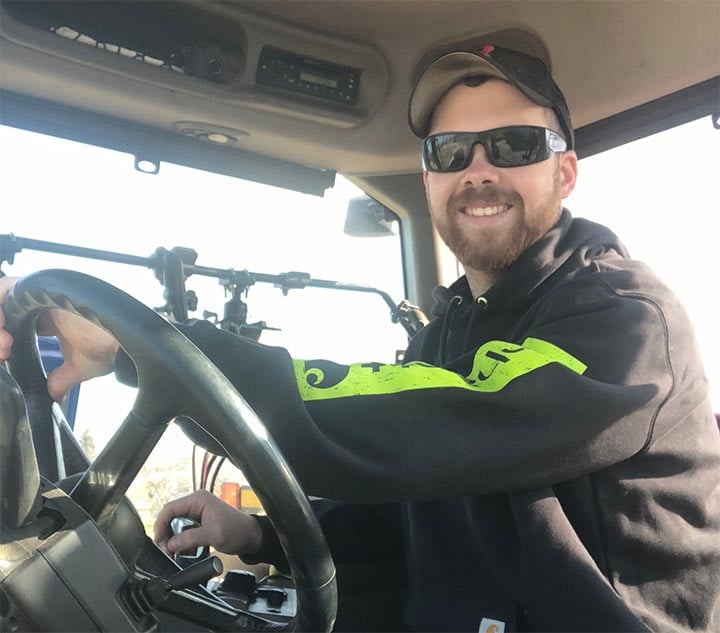 Manure smells like money? One Indiana business leader says so.

It’s early in the evening on a Tuesday. It’s pouring rain outside. And a young entrepreneur is returning from work smelling like manure.

It’s been just another day at the office for 24-year-old Colt Stevenson - and he could not be happier.
“I do see it as a privilege to smell like manure,” said Stevenson. “to me that is the smell of money.”

Stevenson is the co-owner of Stevenson Nutrient Solutions, a manure pumping business he has helped run for the last six years. The company, Stevenson says, has grown fast ever since he helped take over the venture his grandfather, Jeff Redick, first launched in 1999. Stevenson reports the amount of business they are doing now has doubled since 2014.
The reason for their increased bottom line, Stevenson says, is simple: demand for manure pumping is growing and there is no end in sight.

“There’s all the work you could ever want,” said Stevenson.

Stevenson sees his current role as one that carries the torch of a family legacy - the latest chapter in the story.

Redick, who is also known by many as “the Godfather” of manure pumping, helped develop a minimal disturbance injection unit that has become a staple in the industry. What was once known as the standard "coulter till unit," has been modified and is known today as the Phantom injection unit.

“There’s just not a better unit out there,” said Stevenson.

Bazooka Farmstar produces the latest version of the Phantom injector and Stevenson credits the company, and what they have done with his grandfather’s creation, as being instrumental to his success. 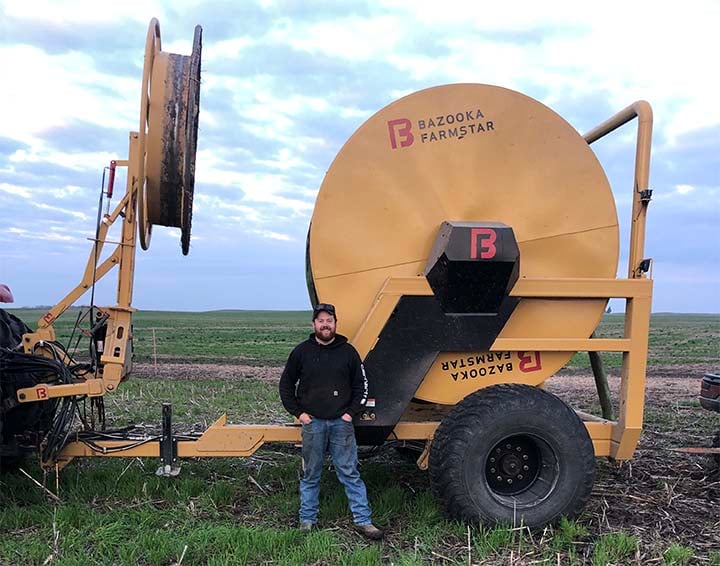 Colt Stevenson of Stevenson Nutrient Solutions in his element out in the field next to his 1810 pivoting hose reel equipped with QDS.

“They’re (Bazooka Farmstar) the biggest key part,” said Stevenson. “I’ve called one evening and I’ve had a guy out to me in Indiana the very next day to fix a small issue I had.”

Stevenson says if someone is considering starting their own manure pumping operation, they should seriously think about taking the leap.

“If you’re looking to get into manure pumping you can’t go wrong,” said Stevenson. “We make good money while we’re running.”

Stevenson does caution, however, that manure pumping is not for everyone as the job comes with lots of hard work.

“You’ve got to be in before the guy is planting and then you’ve got to be in after he’s done harvesting.” Those up for the challenge in running a manure pumping business, Stevenson says, will be rewarded for their efforts.

“The beauty of manure pumping is, quite frankly, it doesn’t matter what corn prices are,” said Stevenson. “Hogs are always going to produce manure and it has to be taken care of.” ◻️